What In The World Is iPosture? 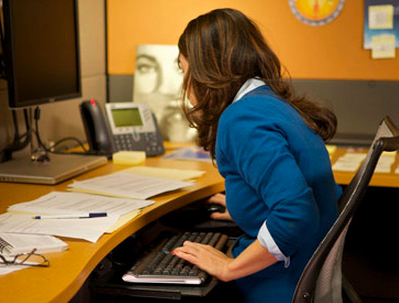 There is a new phenomenon known as “iPosture” that has many chiropractors and physical
therapists working over time. Read on as we explain what exactly iPosture is and how it can be
prevented.

Next time you are using a hand-held device take note of your posture. When you text your
friends or colleagues, are you sitting in a neutral position, looking down with a slight chin tuck
rather than dropping your whole head down?

Well you are not alone. In a recent study done by a group called Simply Health they found that
84 percent of 18-24 year olds claimed to have had some type of back pain in the last year…
back pain so severe that it caused an average of 6.74 days of missed work! 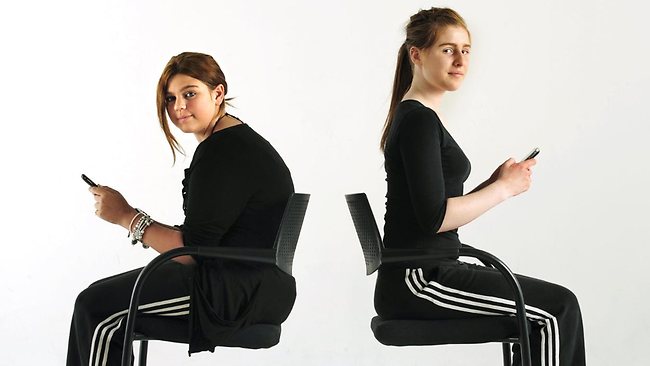 Slouching while using your cell phone, laptop, tablet, or other electronic device has become a
signature problem for members of the iPod generation who, the study also revealed, spend as
much time using electronic devices as they do asleep in their beds!

The study went on to show that most people who work at a computer all day generally complain
of  lower back pain and discomfort. This comes from sitting all day.

The group of 18-24 year olds in the study generally complained of neck and upper back pain,
this due to constantly looking down at devices or being hunched in their beds or on sofas while
using their devices.

Doctors are seeing a huge shift in the types of back pain they regularly see due to the iPosture
epidemic.

This is not to say that older subjects in the study did not experience back pain as well. They did,
but given the fact that subjects in the 55 and older category spent an average of 6.64 hours on
devices per day as opposed to the 8.83 hours spent by the younger age group, the number of
reported back problems was significantly lower.

Another interesting fact to consider is that the older generation grew up with their parents
constantly reminding them to sit up straight. Many people actually overdo the “straight” posture
and therefore find it difficult to hold and so give up after a while. Posture is important and good
to keep in mind. Generally speaking, parents of the iPod generation do not give their kids these
reminders.

Nearly three quarters of the older generation remembered being reminded about their posture
while growing up. Two thirds of these subjects stated they had never passed on that advice to
their children.

We are constantly being inundated with this new gadget and that cool app, but something we
need to remember is that cool technology is no replacement for good health. Practicing good
posture can help relieve a number of aches and pains associated with the back and neck as
well as help strengthen your core muscles.

So next time you use your hand held device, keep your posture in mind. Your back will thank you!